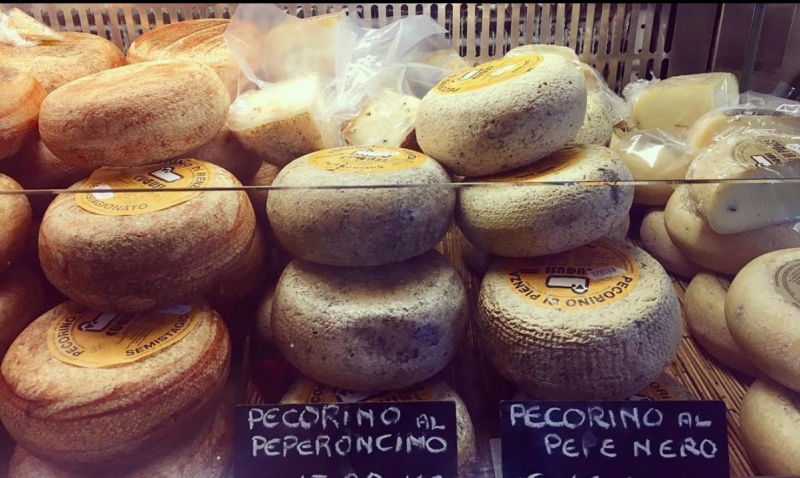 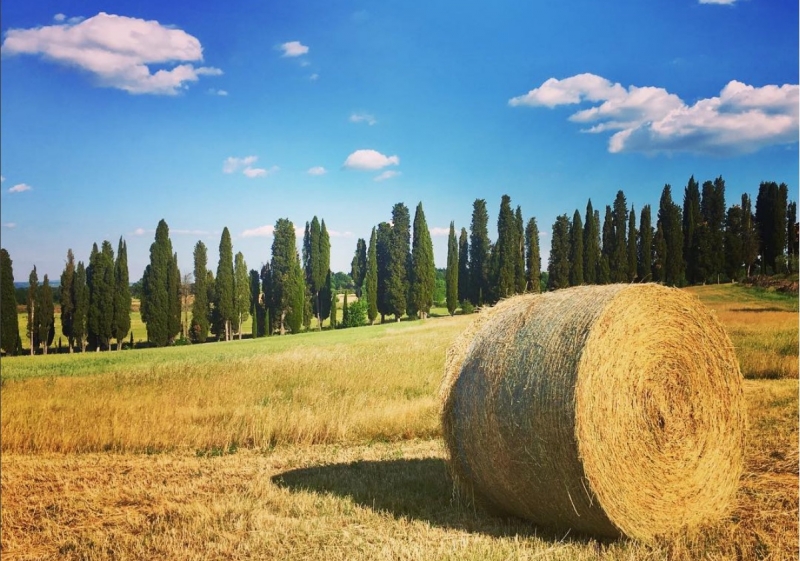 Tuscany is the land of great wines, an excellence that often overshadows the other specialties of this territory. Our land offers many quality products which are best experienced when paired with a good wine. The Holiday Planners tours let travellers not be limited to visiting places or collect souvenirs, but give value to your days in Tuscany by offering our visitors memories to cherish for a long time.

Our proposal has two exceptional protagonists: Brunello di Montalcino and Pecorino. After pickup at your hotel, our driver will bring you through the hills of the Val d'Orcia region which boasts a breathtaking panorama worthy to be named a UNESCO World Heritage Site. We'll bring you all the way to Montalcino. At an elevation of 564 metres, it’s a privileged position from where to admire the surrounding territory and a spectacle for the eyes. But let's not forget the palate.

You'll visit a winery in Montalcino in the company of its owner. You'll hear straight from the source about the history of the winery and take a walk through the vines, getting a close look at the fruits that make up the most famous wine in the world. Do you feel a bit peckish? For you, we've prepared a traditional 100% Tuscan lunch with products of the territory, accompanied by Rosso di Montalcino and Brunello di Montalcino.

Following lunch is a stop in Pienza, the Renaissance city which was recognised as a UNESCO site in 1996. Known as the "Ideal City" founded by Pope Pius II, Pienza is famous for another reason: its cheese. Pecorino Toscano di Pienza is one of the great specialities of the area, and we'll accompany you along the streets of the city to discover some traditional cheese shops.

Our journey to discover great Tuscan cheeses doesn't end here. After your visit to Pienza, we'll bring you to a dairy farm where you can see with your own eyes how the cheese is made, and of course taste a few varieties. It's the best way to finish up our flavour tour in style, and following the tasting your Tuscan-born driver will accompany you back to the hotel.

Pecorino is a cheese made from sheep's milk. The first traces of this type of production in Pienza date back to the Neolithic period: in fact, ancient containers for milk processing have been found in the area. In the Etruscan period this product became famous, and even Pliny the Elder scribed the praises of Pecorino made in modern-day Tuscany. The success of Pecorino leads all the way up to the present day, so much so that the European Community has recognised the DOP (Protected Designations of Origin) title to seven Pecorino cheeses: pecorino romano,pecorino sardo from Sardinia,pecorino di Filiano,pecorino crotonese,pecorino di Picinisco,pecorino siciliano from Sicily, andpecorino toscano (pecorino from Pienza).

Why choose the Brunello & Pecorino Tour?

Pecorino from Pienza is an internationally renowned product, and if you are a lover of great cheese you'll surely not forget this trip.